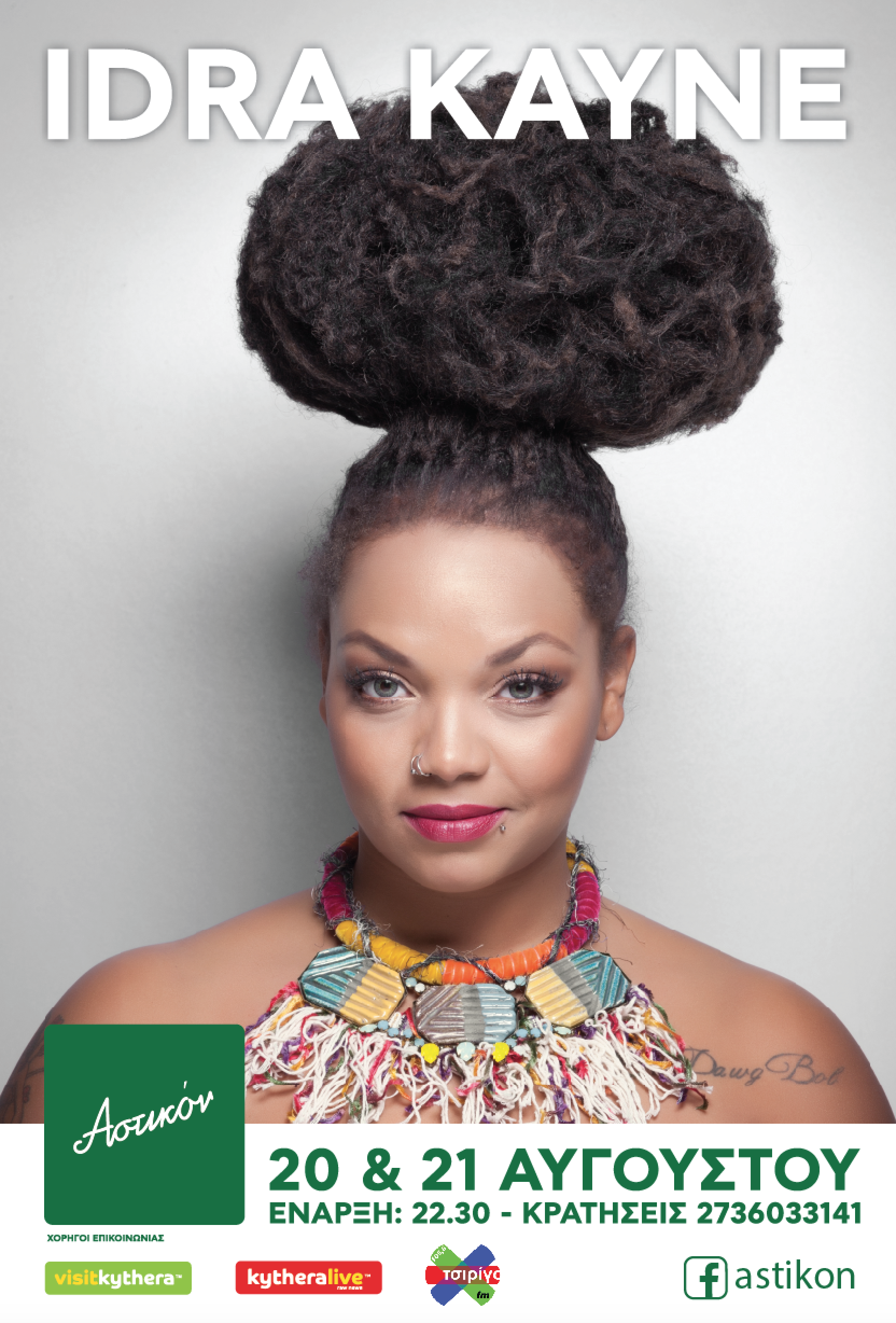 Idra Kayne – daughter of a Ugandan father and a Greek mother – was born and raised in Greece during the ’80s. She discovered her passion for the performing arts at a very early age. She has studied dance (ballet & jazz) for 15 years and has been a member of a choir for 12 years.

After graduating high school she studied social work at the university of Athens. She has studied technical voice placement at the Vocal Art Academy and has taken acting lessons at the Theatro ton Allagon. Since 2000 she has performed at various well known nightclubs of Athens and has collaborated with various artists as a backing vocalist.